Air Conditioning in the Stone Age: 7 Ways We Kept Cool Before Central Air

If you find yourself breaking a sweat as you madly dial for air conditioning repair in Las Vegas, imagine life before AC. How did people keep cool before the invention of central air? The following seven ways may surprise you. 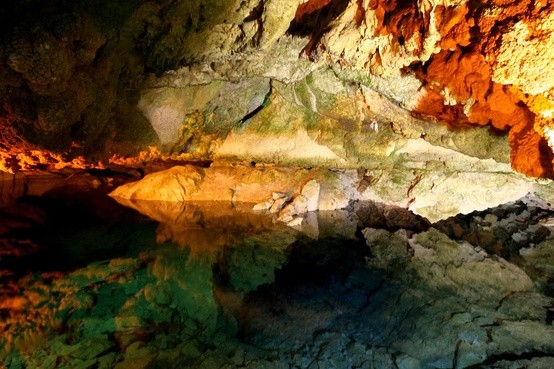 Thought the Stone Age reference was a joke? Nope. One of the first and most basic ways that humans kept themselves cool was to carve into mountain sides. To this day, entire civilizations can be studied by looking at the cave dwellings they left behind.

In those places without stone mountains to carve into caves, the use of mud bricks is another natural way to both use and beat the heat from solar power. Still used to this day, sunbaked bricks absorb the sun’s heat, keeping the dwellings cooler during the day and warmer in the evenings.

Big business right up until refrigerators were invented! Entrepreneurs would haul large bricks of ice (or vats of snow) from the closest mountains. These were kept in special pits that eventually evolved into carefully-built ice houses to keep drinks and other perishables cool. If it got too hot outside, you could always sit in the ice storage for a bit.

Seems counterintuitive, but you’ll notice that even today’s desert dwellers completely cover themselves in fabric. All the way back to ancient Egypt, linen (a cloth made from papyrus) and other natural fibers were the only things available for clothing. That’s why the south grew so much cotton – and cooling muslin is still a big deal. These breathable fibers act as kind of a personal AC; and the flowing fabric also blocks out the sun’s most harmful rays. Lucky for the ancients, too, as the polyester and Spandex you’re sweating in now wouldn’t cut it without air conditioning to cool down the room.

Not an option everywhere, where they could be grown, they were planted like crazy. This is a long-term planning option, as trees may take decades to grow to shade-worthy heights. Still, many a southern plantation was built near naturally occurring groves of these large, sweeping trees. Here in Las Vegas, having a shade tree or two on your property is almost a sign of affluence. Look at home listings and you’ll see them included with pools, three-car garages, and vaulted ceilings — as if they were an amenity.

From ancient Sumerian slaves waving palm fronds to the Elizabethans fluttering ostrich plumes to the Baptists flapping cardboard-and-tongue-depressor fans, these simply constructed air-movers are the oldest ways to cool oneself down in any heat.

Those yards of breathable fabric mentioned earlier came in handy when they weren’t being worn, too. By soaking sheets and hanging them in doorways or any place that could catch a breeze, the mist could cool the room. Plus, when you re-soak them and sleep under them, it’s a lovely cool that keeps your skin supple.

There were other ways that were quite ingenious; in fact, the ancient Romans actually invented the concept of central air conditioning via their aqueducts – and the more they learned about architecture, the more innovative cooling methods became.

How do you keep cool when your AC is out? (Thankfully, you don’t have to wait long for repairs!) Tell us in the comments section below!

When is it time to replace?
When your heat pump or air conditioner is more than 10 years old consider replacing it with a unit that has earned the ENERGY STAR label. Installed correctly, these high-efficiency units can save up to 20 percent on heating and cooling costs, eliminating the need for furnace or AC repair in Las Vegas.

When your equipment needs frequent repairs and your energy bills are going up.
Your cooling or heating equipment may have become less efficient.

When some rooms in your home are too hot or too cold
Improper equipment operation, duct problems or inadequate insulation could be the cause.

When your home has humidity problems
Poor equipment operation, inadequate equipment, and leaky ductwork can cause the air to be too dry in the winter or too humid in the summer.

When your home has more dust than you are comfortable with.
Leaky ducts can pull particles and air from attics, crawl spaces and basements and distribute them throughout your house. A through Duct evaluation can identify the problem and rest assured that Windy City can provide the solution.

When your heating or cooling system is noisy
You could have an undersized duct system or a problem with the indoor coil of your cooling equipment.

Are permits required?
Pulling a permit is something that is required by the building department. We pull permits on all of our unit replacements. If our competition is not willing to or does not currently pull permits, there is probably a reason why they don’t.

How much do new systems cost?
There are a lot of options and factors that determine the cost of the installed equipment. For instance, size of equipment, SEER level of equipment, variable speed motor or single speed motor, Duct sizing, indoor air quality solutions. Those are just a few options. For this reason, we like to meet with our prospective clients and sit down to determine what exactly what they want or expect from us.